The core needs of smart homes are safety, comfort and health, so intelligent security systems are very important subsystems. Coupled with the recent frequent child abuse incidents in kindergartens, perhaps using modern technology can reduce the incidence of such incidents.

The purpose of intelligent security is to protect the safety of people and things in the family. From the perspective of hardware products, the smart home security system is composed of various sensors, security function products, networks, network devices, and cloud servers.

The installation of the intelligent security system enables the family to see, speak, listen, and record. 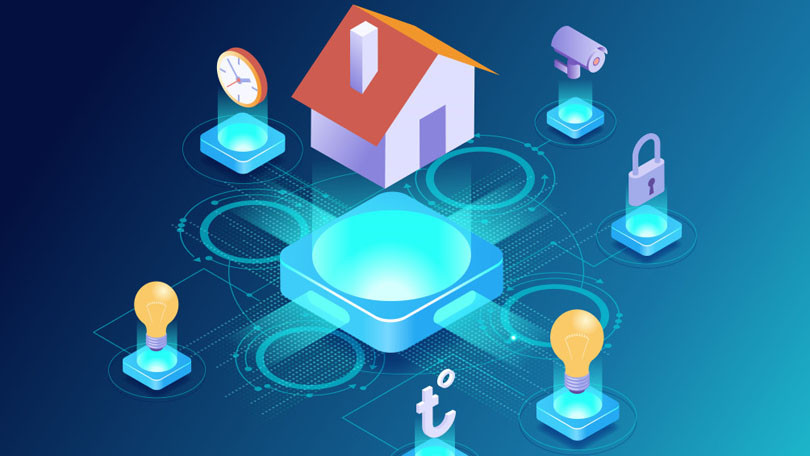 Infrared intrusion detectors are mainly used to prevent illegal intrusion. The detectors generally use pyroelectric human infrared sensors. The working principle is mainly human body infrared monitoring. In fact, there are objects in nature, such as the human body, flames, ice, etc., which emit infrared rays, but the wavelengths are different. Using different wavelengths, the infrared radiation of the human body constantly changes the temperature of the pyroelectric material so that it outputs one signal after another. The pyroelectric human infrared sensor is characterized in that it only changes its temperature when it is caused by external radiation. Only a corresponding electrical signal is given. When the temperature changes tend to be stable, there will be no signal output, so the signal generation will not change with the change of its own temperature, but will be sensitive to the moving human body, thus detecting The movement of the human body.

When the control is started, once the magnetic strip and the magnetic body of the door are separated, a corresponding signal is generated, which is transmitted to the device through the network, thereby reminding.

This kind of detector is mainly used to detect visible or invisible combustion products and initial fires with slow fire speed. There are four types of ion, photoelectric, laser and infrared beam.

A gas sensor is a transducer that converts a certain gas volume fraction into a corresponding electrical signal. The probe conditioned the gas sample through a gas sensor, typically including filtering out impurities and interfering gases, drying or cooling the meter display portion. A gas sensor is a device that converts information such as the composition and concentration of a gas into information that can be used by people, instruments, computers, and the like!

Learn about Smart Security at https://www.jimilab.com/products/wireless-home-monitor.html

2020-01-16
AI/4G Dashcam Improves the Safety and Efficiency for Car-hailing
At present, the car-hailing market is of rapid development. The government mainly controls the market from three direc..
More

2020-01-06
3 Measures to Protect Herd Health by Jimi Smart Farming Solution
If the herdsman fails to detect the sickness of the livestock in time, it may cause the spread of the virus, leading t..
More