FR
Regarding LoRa, the environment is developing in a positive direction.
Jimi loTJimi loT2019-05-07


Regarding LoRa, people in the industry are familiar with it.

Despite the rapid development of LoRa in the world, there are many cases where a large number of application scenarios have landed. However, in China, the landing process of LoRa technology has not been smooth, and it has been “low-key” for a period of time due to the issue of frequency band authorization. However, after 2019, under the positive feedback of the market, LoRa's development is in full swing. 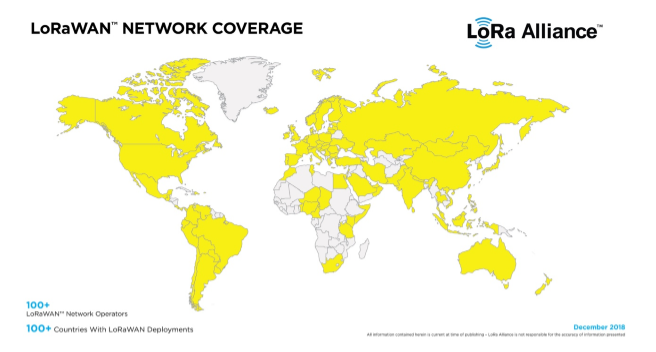 After entering 2019, LoRa has already become a mainstream IoT connection technology from the feedback of the global market. LoRaWAN can be called the de facto standard of the Internet of Things, especially LPWAN. The Internet of Things is not allowed to be arrogant, and the enterprise is not an experimental field. It is fundamental to solve the actual problems. Otherwise, the prospects are good, and the technology is so powerful that it is “PPT”. Therefore, from the three aspects of "ecological development, landing support, independent innovation", it is not difficult to see that LoRaWAN has become the de facto standard of the global Internet of Things.

LoRa industry ecological group is huge and continues to expand

First, from a technical perspective: LoRa is a physical layer modulation technology that can be used in different protocols, such as LoRaWAN protocol, CLAA network protocol, LoRa private network protocol, and LoRa data transparent transmission. The final product and business form will vary depending on the usage agreement. Among them, the LoRaWAN protocol is a low-power WAN protocol promoted by the LoRa Alliance, and the LoRa Alliance standardizes LoRaWAN to ensure that LoRa networks in different countries are interoperable. Up to now, the LoRaWAN standard has established a complete ecological chain of "LoRa chip-module-sensor-base station or gateway-network service-application service". Secondly, from the data results: "LoRa Ecological Development and Innovation Application Forum" hosted by Semtech on April 11. At the forum, Alistair Fulton, vice president of Semtech and general manager of the wireless and sensing products business unit, provided that more than 90 million LoRa nodes have been deployed worldwide, and more than 100 network operators in more than 70 countries in network deployment. The LoRa network has been deployed, and the market volume of LoRa has been more than doubled in recent years. It can be seen that LoRa has become a mainstream IoT connection technology in the market, and LoRaWAN has become the de facto standard for the Internet of Things, especially the low-power WAN.

In terms of scale: Semtech is the main promoter of LoRa technology application in the world. Semtech promoted the participation of other companies in the LoRa ecosystem. In February 2015, it jointly launched several companies including Actility, Cisco and IBM to create LoRa. alliance. After four years of development, the LoRa Alliance currently has more than 500 members worldwide.