Over the past few years, the GPS tracking device market has grown rapidly, not only vehicle GPS tracking device, but also personal GPS tracker, asset tracking device, etc. People are using GPS in rental cars, on hiking trips, and in many other recreational activities. Companies have been formed whose business it is to put names on latitude and longitude coordinates. These companies have constructed extensive databases with street names, addresses, business names, points of interest, restaurants, underwater wrecks, and the list goes on. Anything which is stationary is likely to be labeled. All of this extensive data has been put into electronic form so that it can be converted into various computer formats.

With this growth in electronic data, blind people no longer need to be limited to the small amounts of location information they could previously glean from sighted people. The maps and points of interest are no longer just a drawing on an inaccessible print map. This electronic data can be converted into programs that work on computers designed for blind or visually impaired individuals. The blind traveler can now be a co-pilot in a car, not just a passive passenger. They can keep the taxi driver honest; they can enjoy hearing about the sites 8.4 Design Issues 273 and businesses passing by while in a car, bus, or even on foot. There is nothing more empowering for a blind person than getting around effectively and location information makes this much more possible for a lot more people. 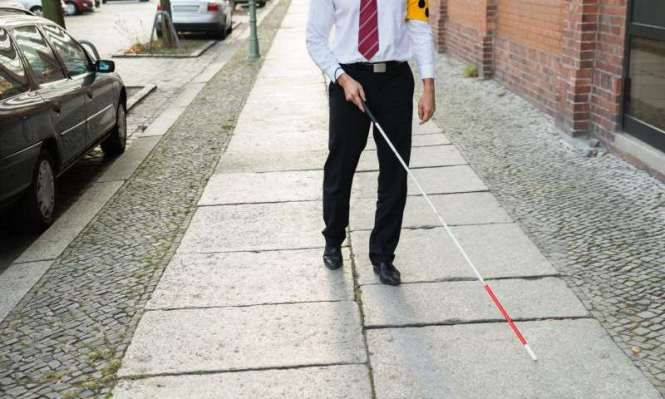 One of the first developments of personal tracking device for blind and visually impaired people was initiated by Charles LaPierre as the partial fulfillment of an undergraduate program at Carleton University; a fourth-year project entitled “Navigational System for the Visually Impaired”, 1994 (LaPierre, 1993, 1998). From there, the project grew to gain support from two adaptive technology companies, VisuAide of Montreal, and Arkenstone of California. The project was informally called “Sextant” based upon the marine navigational aid for sailors, and a feasibility study was performed to determine the best hardware solution for the product as well as any potential pitfalls.

This research continues to this day. VisuAide tested a GPS waypoint system called Mira, based upon their Magnum digital voice recorder. A number of individuals and companies in Europe and Japan were also working on projects but most prototypes remained in the university laboratory as size and accuracy discouraged most from commercializing a product. In 2000, Mike May and Charles LaPierre, along with several other blinds and visually impaired people, founded Sendero Group to resume development on the product formerly called Strider and to sell the Atlas talking map program for the personal computer. GPS companies were integrating the receiver and the antenna in the same device, roughly the size of a cell phone. Similarly, larger computer companies were starting to produce smaller and more affordable laptop solutions. This made it possible for Sendero Group to release an updated version of Strider, called GPS-Talk, and the first commercial electronic tracker was on the market.

In the next couple of years, GPS-Talk amassed several hundred blind and visually impaired users. However, the consistent feedback from the consumers was a desire for an even smaller, more affordable system. Therefore, even though the size of the hardware had decreased substantially, this was still a cumbersome package to carry. Other drawbacks to the system were due mostly in part to the laptop limitations. Laptops only had at best 2–3h of battery life, the boot-up time for the system was a couple of minutes, and the computer might crash requiring the user to reboot. It seemed that GPS for blind individuals had hit a technological roadblock. 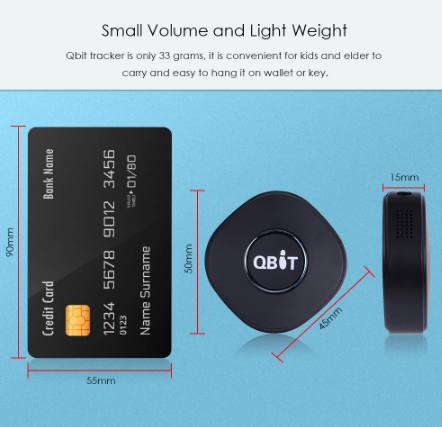 Jimi, as a professional personal vehicle tracking devices manufacturer, launches Qbit GPS Tracker, which has a built-in battery, and the standby time is up to 3-4 days. Average hot start is less than 1sec and the cold star is less than 32sec. Our personal tracker also allows SOS call and two-way communications for the emergency call. The personal GPS is mini and lightweight, portable , making it an ideal options for blind individuals. Jimi IoT is pleased to help create a simpler life for people with special needs. Welcome to reach us if you are interested.