How much coverage can LTE-M or CAT-M1 provide? It’s a difficult and technical question. In fact, I just finished editing a white paper to answer it, with lots of help and support from 15 other companies (AT&T, Sony, Ericsson, Nokia, Orange, Verizon, KT Corp, SoftBank, NTT DOCOMO, Virtuosys, TelcomSel, KDDI, Sequans, Altair, SK Telecom).  The paper is a bit long and on the technical side, so I thought I would summarize it here in a blog.

As we know, LTE-M is a Low-Power Wide-Area (LPWA) technology that enables low-cost devices for the Internet of Things (IoT), but the actual amount of coverage enhancement it provides has never been properly determined. This created uncertainty about whether LTE-M could suitably address IoT applications that need deep coverage performance, such as water metering. The 3GPP has published coverage targets, but targets are sometimes met, sometimes not met, and sometimes exceeded, thus Sierra Wireless, and the companies who worked with us on the paper, recognized that it’s very important to understand exactly how much coverage LTE-M can actually provide.

The other problem with using the published 3GPP targets is that the assumptions behind the targets are different, so you can’t simply grab those targets and compare them fairly. Thus the paper also goes into how these targets are calculated and the assumptions behind them, so a fair apples-to-apples comparison can be made.  The 3GPP specified coverage targets in terms of Maximum Coupling Loss (MCL).  MCL is a very common measure to describe the amount of coupling loss (in dBs) at which a service can be delivered. For example, without coverage enhancement, legacy LTE systems (before Release 13) can operate up to approximately 142 dB MCL.

For starters, LTE is a proven technology based on global standards that have been in place for more than a decade. It enjoys the support of a large ecosystem of partners, suppliers, infrastructure providers, and professional services, as well as ongoing oversight by the 3GPP (3rd Generation Partnership Project) standards body. Furthermore, LTE is secure and encrypted; critical factors in keeping both a utility’s network and data safe.

Moreover, as the name suggests, LTE is built for Long-Term Evolution, which future-proofs it for the introduction of new communications technologies, including 5G. For utilities, this means not having to face the specter of “ripping-and-replacing” all their networking infrastructure every five to ten years. Instead, the standard will provide a smooth migration path that allows them to maximize the value of their existing investments while taking advantage of new technological innovations.

As they consider whether a private LTE network makes sense for them, or as they move forward in developing one, there are several best practices for building these networks that utilities should keep in mind.  One is to use edge-devices that support dual SIM cards. With this capability, they can begin deployment on a public carrier until their private network is built. They can also use public carriers for backup connectivity in the future if their private LTE network ever experiences a problem.  In addition, utilities need to make sure they use rugged edge-devices for their private LTE networks. There are a lot of consumer LTE edge devices available, and many can’t withstand the tough environmental conditions edge-devices experience when attached to a grid asset or installed in a utility vehicle.  They will also want to make sure they have robust device and network management software, so they can install device firmware or other updates to thousands of devices over-the-air without incurring a truck roll. This software will also provide them with insights on the condition and status of their edge devices and network, allowing them to optimize their private LTE network’s performance.

By following these best practices, and by working with experienced LTE partners, utilities can take advantage of private LTE’s flexibility, control, and cost benefits to build a global standards-based, customized, and highly resilient communications network that supports their digital transformation.

Besides the ability to continually evolve, private LTE also offers a high degree of flexibility. The private LTE network can be designed for the utility’s specific application needs – and this means it can be used for a variety of both voice and data applications, ranging from high and low bandwidth. Utilities can also choose to deploy a private LTE network over their entire service territory, or just over limited parts of this territory.

Flexibility goes beyond just applications and geography though. Since LTE is standards based, with private LTE, utilities can even use MNO’s LTE networks as backup – further increasing the resiliency of their connectivity. 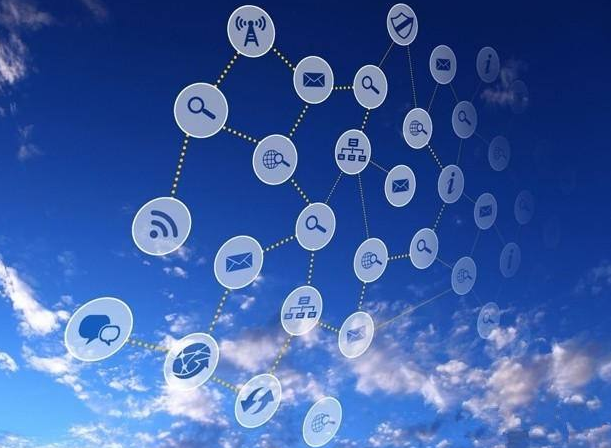 A third advantage that private LTE offers over MNO connectivity is the level of control it affords with regards to security, coverage, and network management. Because the utility owns the network, they can ensure it delivers coverage where they need it – even to areas where public network coverage is weak or non-existent.

A private LTE network also provides utilities with a high level of control over their network’s security and other management functions. With private LTE, utilities can control every aspect of their network – for example, when maintenance is performed or when software upgrades or security patches are needed, they can be scheduled accordingly. Given that a utility may have hundreds or even thousands of devices in the field, strong network management capabilities are essential; they streamline operations while enhancing overall security.